Yucca Flat with Colored Tapes
Oil on linen, 44x33", 2018
Shown installed on painted wall as part of this exhibition

Burning in Water - New York is pleased to present An Ocean of Light - an exhibition of new work by Brooklyn-based artist Eric LoPresti. The exhibition encompasses several types of media, including large paintings on linen, mixed media works on paper and altered digital photographs.

Employing a range of approaches to his theme, Eric LoPresti constructs a multifaceted depiction of the American West that scrutinizes our physical environment within the contexts of both the expansive narrative of the atomic age and the artist’s own personal history.

While the globally-transformative story of the development and testing of nuclear weapons suffuses these works, LoPresti’s visual field shifts constantly and seamlessly from the micro- to the macroscopic. As with the infinitely elusive location of a particle in quantum mechanics, LoPresti presents a vision of the American West whose physical characteristics and historical associations defy any attempt to be perceived and comprehended from a fixed viewpoint. 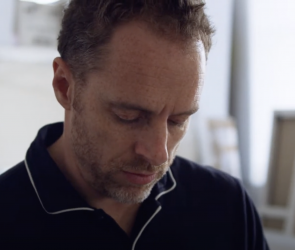 Eric LoPresti
Back To Top