Employing a range of approaches to his theme, Eric LoPresti constructs a multifaceted depiction of the American West that scrutinizes our physical environment within the contexts of both the expansive narrative of the atomic age and the artist’s own personal history.

Spiky cactus with colored tapes
Oil on linen, 50x38”, 2017
Shown installed with framed works-on-paper, from the exhibition "An Ocean of Light"

Eric LoPresti is a contemporary artist celebrated for his artistic exploration of apocalypic technology in a variety of media. Born in Denver, Colorado, LoPresti grew up in the desert steppe of eastern Washington State near the Hanford nuclear reservation. The desert landscape of LoPresti's childhood, with its particularities of light, color and sound, often serves as the setting for his exploration of nuclear weaponry or weapons of mass destruction, a theme also inspired by the geographical proximities of his formative years. Working in both static and digital mediums, LoPresti's pieces wrestle elegantly with themes of apocalypse and mortaity against a backdrop of breathtaking natural beauty. 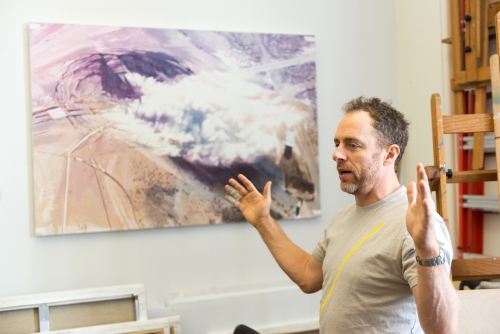 Eric LoPresti (b. 1971, Denver, CO) makes works of art that examine the imposition of technology upon the environment and the aftermath of the Cold War. His dramatic landscapes juxtapose abstract elements with representations of the vast deserts of the American West, exploring relationships between science, identity, history, and conflict. Following in the painterly tradition of the apocalyptic sublime, LoPresti’s artistic practice explores how trauma and beauty shape our lives.

LoPresti earned a BA in Cognitive Science from the University of Rochester and an MFA from the Maryland Institute College of Art. Past awards include the Faber Birren Foundation Award, the Walentas/Two Trees Studio Grant, and the Miami Young Painters Award. Recent solo exhibitions include Superbloom at New Mexico State University; Blooms at Elizabeth Houston Gallery (New York); Blueprint Paintings at the University of Rochester; and No Blue Skies at Kunsthalle Galapagos (New York). His solo exhibition Test Site was exhibited at the Smithsonian Institution’s National Atomic Test Museum (Las Vegas). Recent group shows include Plural at the University of Nevada Las Vegas and Site at Youngstown State University.

LoPresti has been interviewed on international video by Reuters and the Washington Post, and his work has received mentions in The New York Times, Art in America, Artforum, NY Arts, ArtLog, Nature, The Denver Post, The Seattle Times, and the Village Voice. 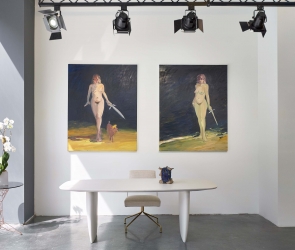 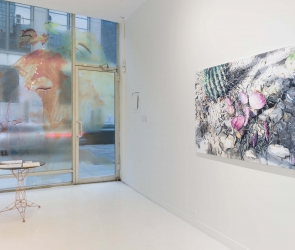 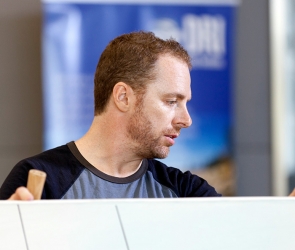 Eric LoPresti
An Ocean of Light
Back To Top